For Round 2 of the Paroxysm Press Showcase Series, we give you “The Random Sequence”.

Kathy Parker is many things; most of which will never amount to anything, but that’s never stopped her from giving her best 40 percent effort anyway. Recently she traded her Netflix addiction for a therapist and has been delighted to see how both her productivity and drinking have increased. She writes poems about her effed-up life so others will feel better about theirs and is forever in search of sleep and black market gin.

Servo-clerk, festival cash wrangler and occasional research assistant, with honors in English and History, Ben Adams also occasionally scribbles poetry and other things, including a stint as speechwriter for bleeding-heart Roman Emperor Claudius in 48AD during his wittily barbed address to Rome’s Senate urging the admittance of new Gallic immigrants by that esteemed institution. Ben remains skeptically hopeful of the empire’s ability to foster a peaceful, diverse and cosmopolitan society, despite current setbacks.6 Feb. at 2:07 pm

Tracey Korsten mostly uses poetry as a way to stave off the existential dread of on-line dating. The highlight of her portfolio career was once sitting as President on a Darts Appeal Tribunal. She is currently working on a screenplay and on getting her shit together. Neither project is looking crash hot at this juncture.

The Half Artist was born from a voluntary inability to be satisfied artistically. It is best to not approach him without an offer of an alcoholic beverage. Full strength beer is optimal.

Dick Dale has ate 10 dozen oysters in one sitting, kicked pop singer, Henry Rollins out of his gutter and bumbled his way through a few spoken word events. He has sung and been hospitalized in more than a few high energy punk rock and hardcore musical groups and curated the nastiest short film program, Trasharama since 1997. His main passion though is through the medium of short silly films. Tonight he will bring you a selection from his home made classic video nasty library. brilliant!

Colin Bramwell is a Scotish stranger with a 5 star review. He is our surprise bomb. Miss him and you’ll be crying in your jocks.

Too Stubborn To Die 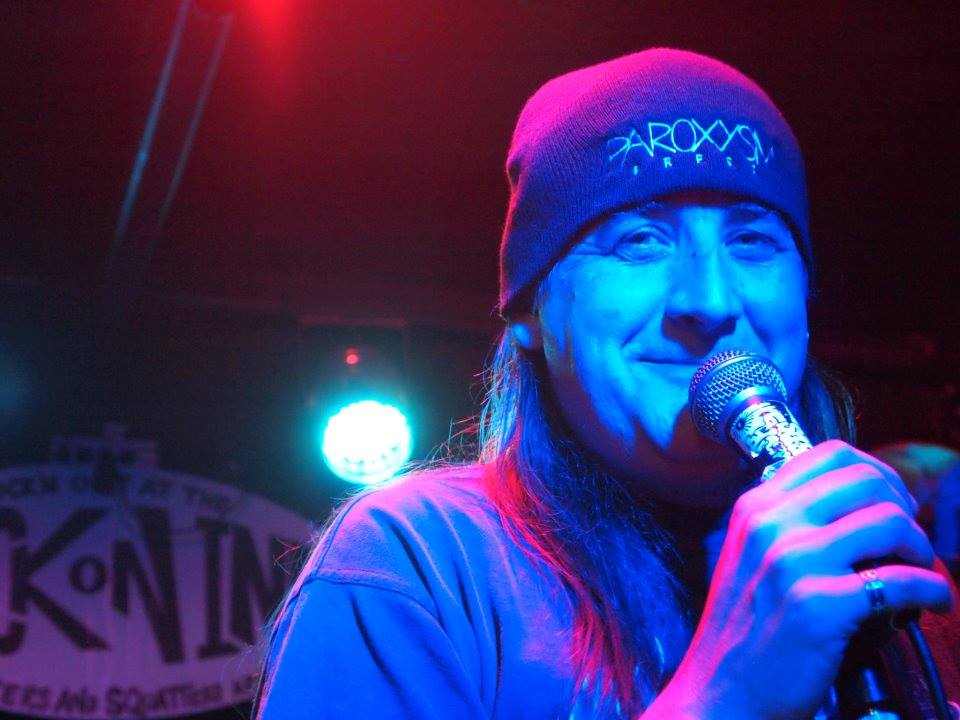 Daniel Watson at Paroxysm Press "Too Stubborn To Die"